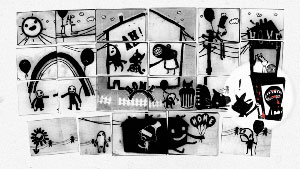 Jury Citation: Like a visual fugue, whose raw energy builds to marry music and image with great emotional impact, to resolve almost in chaos, the winner is …