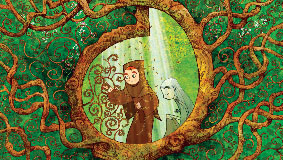 The Secret of Kells

Jury Citation: For its brilliant integration of subject, story and design, perfectly balance of ravishing imagery and evocative soundtrack, the film unfolds like a book, like the cherished artefact that inspired it, the winner is