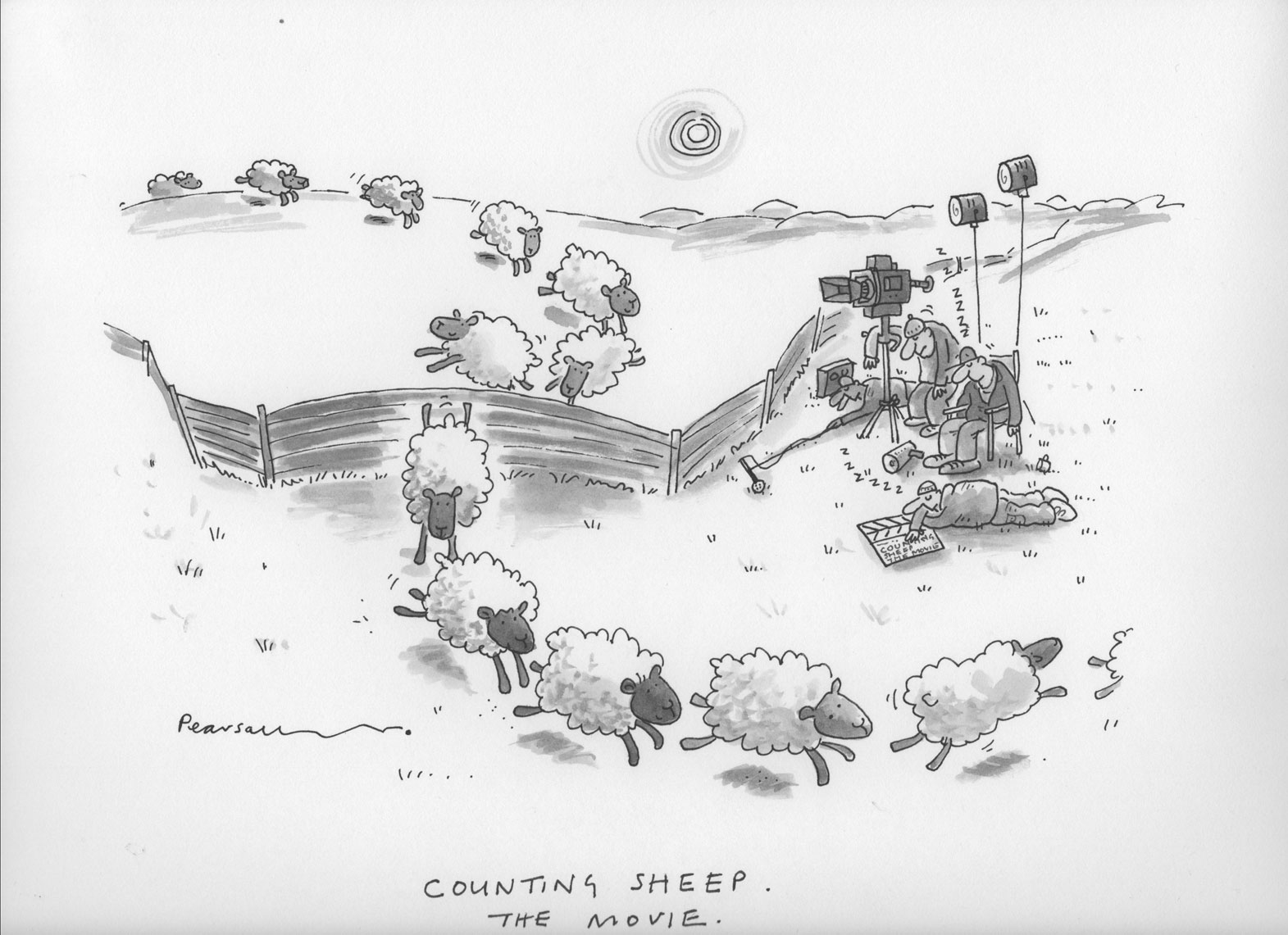 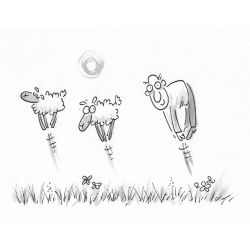 Simon started out as an actor doing the usual rounds of theatre and telly (small parts in Dr Who, Casualty, Grange Hill and a long stint in a kid’s drama called Out of Sight). As a cartoonist he’s  illustrated books for the likes of the late, much missed Terry Wogan and had his gags published in The Spectator, The New Statesman, Punch (remember that?) and Private Eye, the latter has been running his series First Drafts on their literary review page since 2002. He’s doesn’t have a sheep.

Not sure about all time, but I absolutely love Shaun The Sheep! Not just because of the sheep thing, I love the John Sparkes’ voice/noises as the farmer. Terry Gilliam in Monty Python was the first time I really noticed animation being something other than for kids. Also Simon’s Cat, particularly for the joke of the cat meowing and pointing at its open mouth. Love that.  You can’t pick just one thing, really, can you!? Oh, and The Aristocats for those amazing backdrops… and Toy Story!… See what I mean! Impossible!

Well, I don’t, really, I’m just a cartoonist, not an animator. Hence all the gushy fan stuff above. Best things about being a cartoonist, though? Well, I like pens… er…  and, um, when a drawing’s gone well. Not so keen on all the rejection or the working alone thing. I prefer collaboration. Oh, jokes. I like jokes.

Not really sheep-based or actually about animation but Willy Rushton said, “Never a word against a Brother Brush”. I love that. We’re all Brother (or Sister) Brushes…