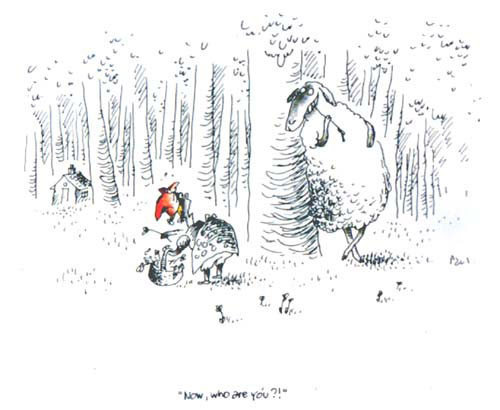 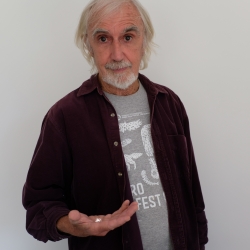 Paul Driessen holding an Ovis Minusculus in his hand

I drew cartoons from a young age but didn’t know anything about animation until 1964, when I got a job at a small animation studio near Amsterdam.

A few years later George Dunning invited me to work on The Yellow Submarine.

Then, in 1970, I emigrated to Canada and started a freelance animation career, producing most of my films for the National Film Board of Canada.

Since 1976 I also animated and directed many of my shorts for independent producers in Holland, Belgium and France.

From 1988 to 2005 I taught animation at the university of Kassel, Germany. My students have won two Oscars.

Over the years I won quite a few awards at animation festivals. Now, getting older, they seem to be mainly Lifetime Achievement awards.

Uhmm… Nick Park’s “ Creature Comforts” (there are so many British animated films I love; more than from any other country)

I hardly ever worked in the commercial animation industry, most of my life I made personal films.

Making personal shorts is a great luxury; it’s totally up to you as an artist what you want to do with your life.

The downside of making a living this way is that there is no money in short personal films, you’re always depending on subsidies, mainly government hand-outs.

The good thing in my case is that I have two nationalities: Dutch (which is Europe) and Canadian (which allowed me to work at the Canadian NFB), two sources to dig in to.

There is a Dutch expression: ‘Je schaapjes op het droge hebben’ (having your sheep on dry land) meaning that your well off.

Another one: ‘Als er éen schaap over de dam is volgen er meer’ (when one sheep crosses the dyke, the rest will follow).

I’m not sure how it relates to British animation but it does relate to sheep and me coming from a country which is partly under water.