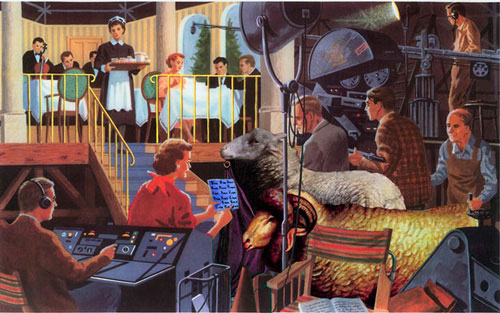 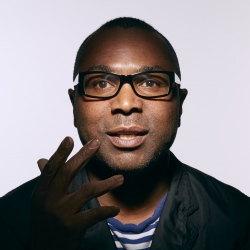 Osbert Parker is a three time BAFTA nominated director who consistently works on a wide range of industry projects. He has worked at Quentin Tarantino’s production company A Band Apart as their first commercial director and as Steve Barron’s second unit director on Hallmark’s TV feature length ARABIAN NIGHTS. His award winning commercial credits include such clients as Coca-Cola, Nike, Budweiser, Orange, The World Wildlife Fund and Gatorade. TV clients inc. BBC, Channel 4, ITV and MTV. Parker’s mixed media short, “FILM NOIR” was nominated for best short animated film by the British Academy of Film and Television Arts (BAFTA) in 2006 and also was nominated for the Palme d’Or at the Cannes Film Festival. “YOURS TRULY” best short animated film winner at the British Animation Awards (BAA) was also nominated for a BAFTA in 2008 and selected for the Sundance Film Festival.

I have to think of this as an animated three-course meal. Norman McLaren’s ‘Begone Dull Care’ to start (He was Scottish, so think that counts), David Anderson’s ‘Door’ as the main course and Run Wrake’s ‘Rabbit’ for dessert with all that Plum Jam. You choose the wine…

Learning first hand by collaborating with people from different backgrounds, that bring a diverse range of life experience and technical skills to achieve more than anyone can do on their own. 1 + 1 can truly equally 3 when taking genuine creative risks and bringing brave ideas to life on budget.

Provide a full English breakfast and serve with Breakfast Martinis for animators who work late into the wee hours of the morning (and don’t have to drive home).