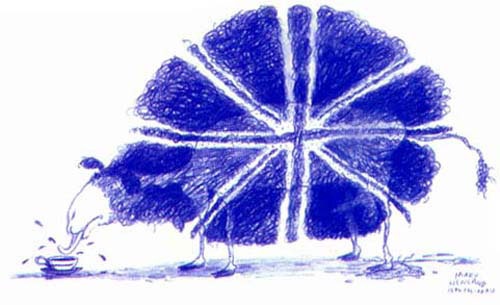 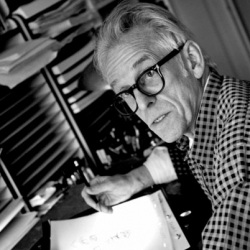 Marv Newland made his first animated short, BAMBI MEETS GODZILLA (1969). He then  designed and/or directed; TV IDs, commercials and short films for companies in; Toronto, Ottawa, New York, Los Angeles and Holland. In 1975 he founded the production company International Rocketship Limited in Vancouver, Canada. He has worked as animation director and producer of commercials, series and shorts for Rocketship and has designed and directed films for the National Film Board and other studios in Canada, Europe and the USA. Newland received the Grand Prix at the Annecy International Animation Festival, France for his direction of, Gary Larson’s Tales From the Far Side (1995). He has conducted animation workshops in  Canada and Europe, served on animation festival juries, is an instructor at Vancouver Film School and continues to create animated motion pictures.

Not having to work in any other industry.

Thank you Britain for making more animated movies than any other country in the world about sheep.