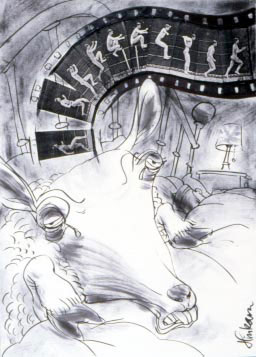 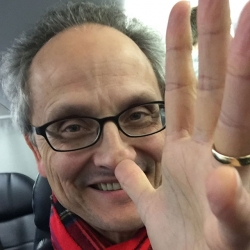 Jan Pinkava is the Academy Award-winning founder and Creative Director of the
renowned Google Spotlight Stories project; a team of artists and technologists,
working with leading directors and studios, that have defined new forms of
immersive, interactive storytelling for film, mobile and VR. Spotlight Stories have
been recognized with many accolades, including the ASIFA Ub Iwerks award for
technical advancement in the art of animation, the first Emmy for outstanding
innovation in interactive storytelling, and an Oscar nomination.
His career in Animation spans a quarter century, including 13 years as a director
at Pixar where he wrote and directed 1997 Oscar-winning short film Geri’s Game
and was the creator and co-director of Pixar’s Oscar-winning 2007 feature film
Ratatouille.

The people. Animators are poets. Most people in animation want to make good art and are relatively harmless.

He’s not afraid to make the intellectual leap!