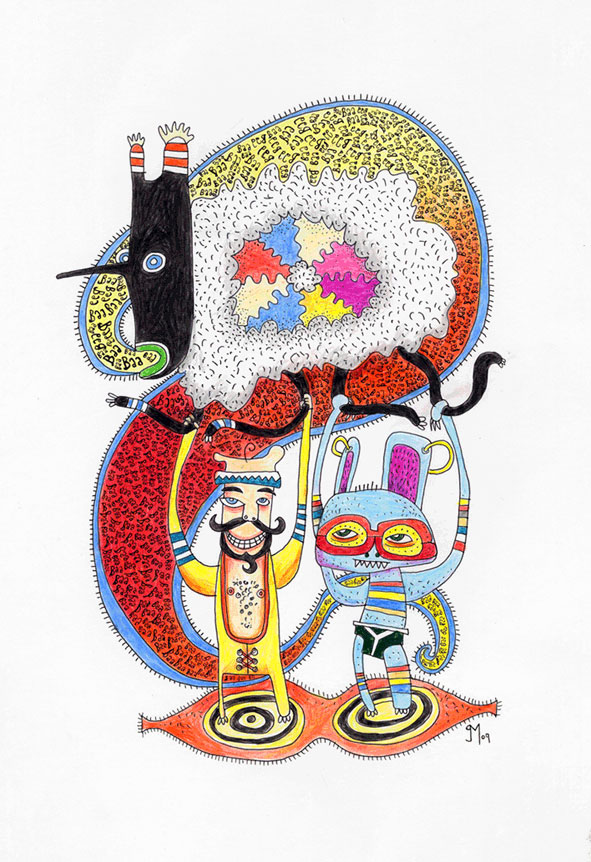 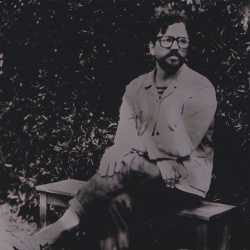 Greg is an illustrator, animator and director. He also plays the drums.

Greg has worked with individuals such as Roger McGough, Gus Van Sant, Joss Whedon, Sara Pascoe and Adam Buxton. He is an award winning animator and director, winning several festival prizes including a BAFTA. His latest film Marfa, entirely hand drawn and animated by his fair hands, had its World Premiere at the Sundance Film Festival. He has won an Association of Illustrators Gold Award for my work on BBC Comedy animation ‘Sticks’

Commercially as half of award winning animation studio The Brothers McLeod He has worked with companies such as Aardman, Disney, BBC and the Royal Shakespeare Company.

Yellow Submarine, watched repeatedly on VHS through my childhood.

I get to draw for a living. Drawing is a balm to my creative tourettes.

“Always lines, never forms! But where do they find these lines in Nature? For my part I see only forms that are lit up and forms that are not. There is only light and shadow.”