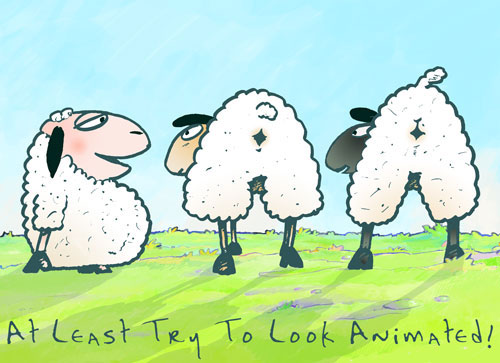 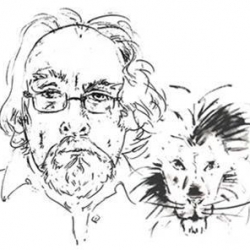 One Snowy Night won the Silver Pulcinella at Amalfi

In 1997 GSCF produced a series of 13×10 minutes of KIPPER. The series won the Jury Special Prize for Children’s Films Under 12 Minutes at Annecy, the BAFTA in the category of Best Children’s Animation and the Silver Pulcinella at Positano for Best Children’s Series.

In 1998 Ginger made, SHEEEP with 26×10 minute films for HIT Entertainment and CBBC based on Satoshi Kitamura’s SHEEP IN WOLVES CLOTHING. The series was nominated and short-listed for BAFTA.

In 2003 Ginger directed for Tiger Aspect and the BBC two 26-minute specials based on the paintings of Beryl Cook: BOSOM PALS: Joan’s Birthday and Hoe Dunnit?

Angelina in the Wings won the Silver Medal at the New York Festival.

In 2005 GSCF completed two more 45 minute specials, The Princess Dance and Angelina sets sail which was given a cinema release in the Uk.

In 2006 GSCF Ginger directed a 46 minute TV special based on the books TOOT & PUDDLE for National Geographic Kids Films.US: I’ll be Home for Christmas. It won the Media & I parenting Award in the USA.  As did the series of Angelina.

In 2015 Ginger completed the direction of season 2 and 3 of ELLA BELLA BINGO. 78 episodes x 6 minutes.

Ginger is the present Chairman of The Chelsea Arts Club in London.

A hugely diverse and talented group of people in animation and being able to make a living from drawing.