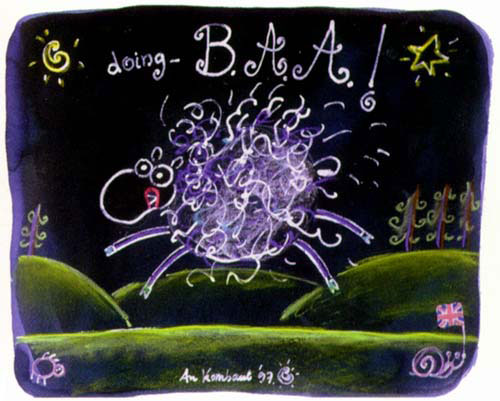 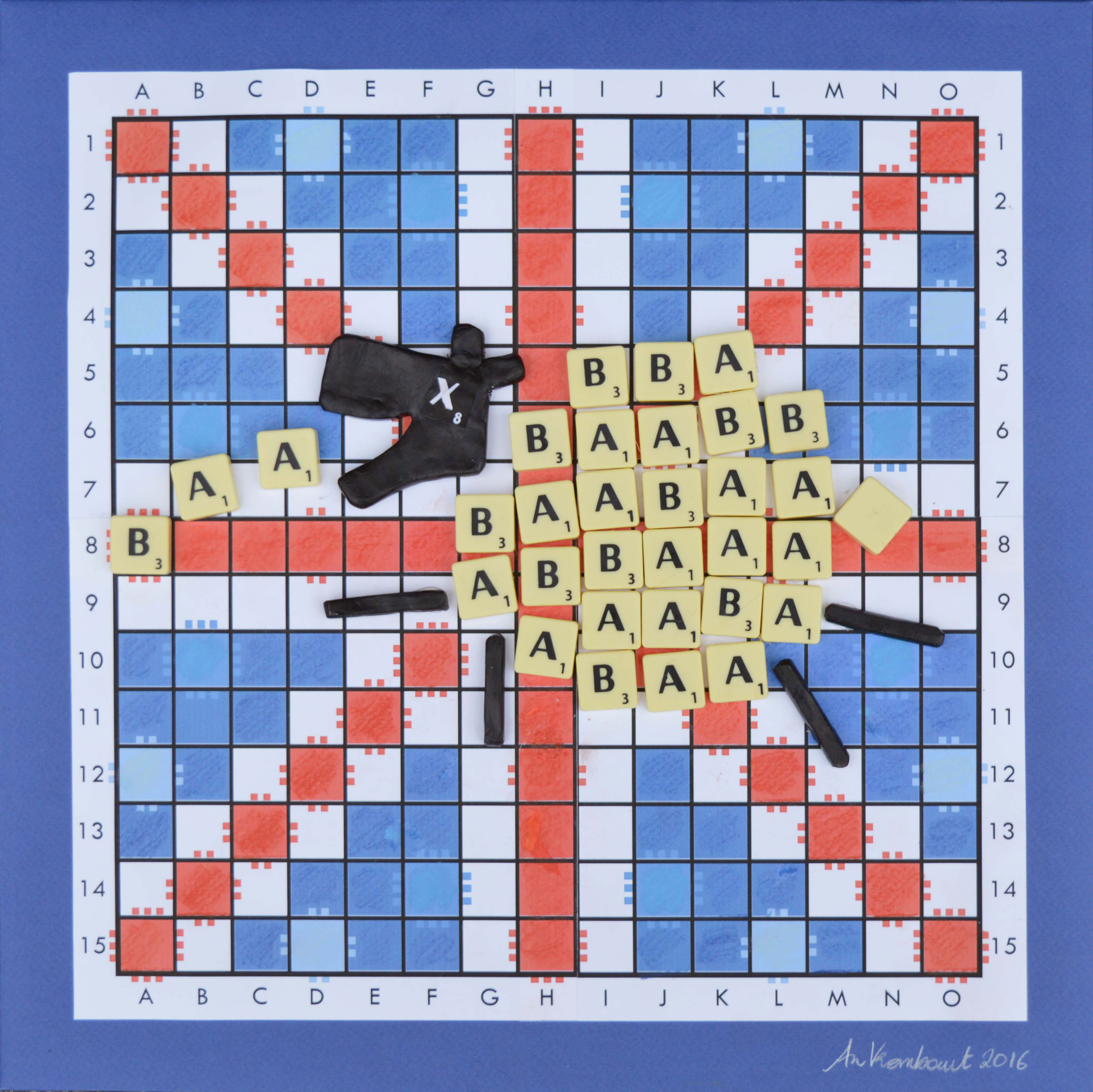 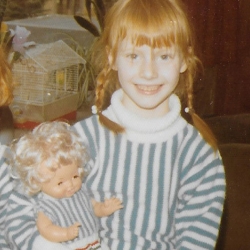 ‘No sheep were harmed in the knitting of this jumper.’

An Vrombaut was born in Belgium and studied animation at KASK in Ghent and at the RCA in London. Her graduation film Little Wolf has won numerous international awards including Best First Film at Annecy 1993. An is the creator of the animated TV series for children 64 Zoo Lane, which features many animals but sadly no sheep.  She has written and illustrated over fifteen picture books including Smile, Crocodile, Smile. An also works as a scriptwriter on pre-school shows such as Bing, Miffy, Rita and Crocodile and Patchwork Pals.