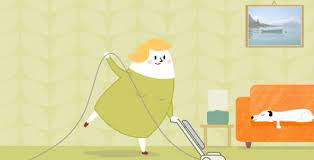 Series of idents produced for a new educational channel in Russia. Facts include: an ostrich has a brain, which is smaller than its eye; there are around 47 ‘teeth’ on a mosquito’s proboscis’ about 40’000 tonnes of meteoric dust falls on earth each year