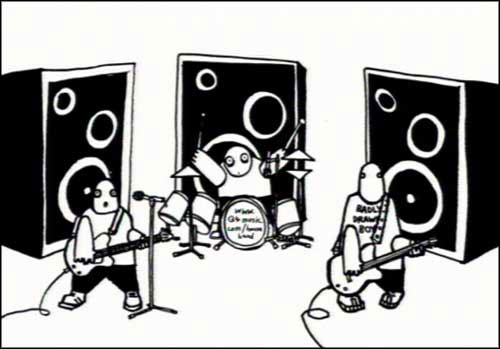 A series of animated commericals featuring the house band, whose songs advertise offers on the site. The campaign utilises a very simple black and white line style which perhaps accentuates the rather minimal artistic credibility of the band