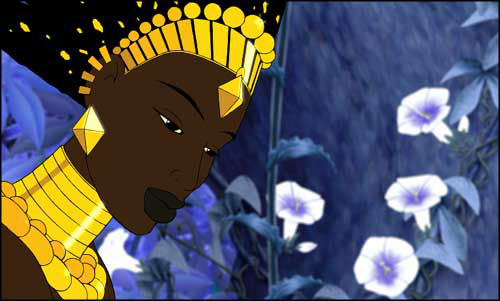 A small village, somewhere in Africa…A voice from the belly of a pregnant woman says “Mother, deliver me”. And out comes a little boy and announces “I am Kirikou”. He soon discovers that his villageis cursed by Karaba, a terrifying sorceress surrounded by obedient and ferocious fetishes…Can Kirikou deliver his village from the terrible curse?