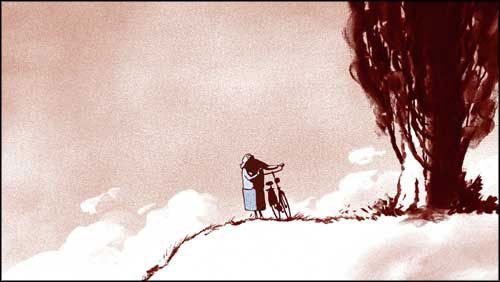 A father says goodbye to his young daughter and leaves. She awaits his return for days, seasons, years…