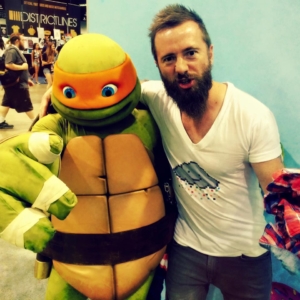 The British Animation Awards team were over the moon when Chris Garbutt of Pinky Malinky fame kindly agreed to design the first-ever BAA delegate bag for 2020. The bag also features The Cartoon Museum in London who are one of the BAAs esteemed sponsors this year. 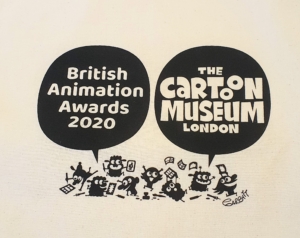 For those not familiar – Chris, along with Rikke Asbjoern created Pinky Malinky. Pinky Malinky is a wacky American children’s series for Nickelodeon and Netflix that first aired in 2019 featuring no ordinary boy Pinky who just happens to be a hot dog! It’s a fast-paced hilarious rollercoaster of a show. 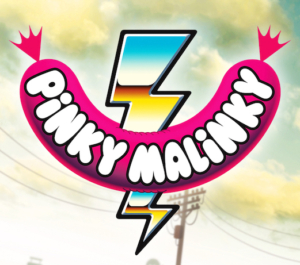 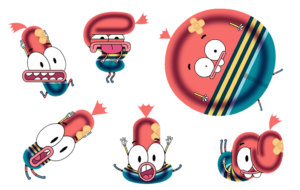 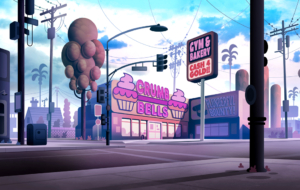 Chris graduated from Leeds Metropolitan University in 1998 with a First Class BA Honours degree in Graphic Arts and Illustration. Soon after completing his degree, Chris left West Yorkshire to peddle his wares in London, Paris and then the USA. He currently lives in Los Angeles, California.

He and Rikke are currently producing a brand new animated project that they created at Netflix Animation Studios.

Thanks Chris for ensuring nobody goes home empty-handed.